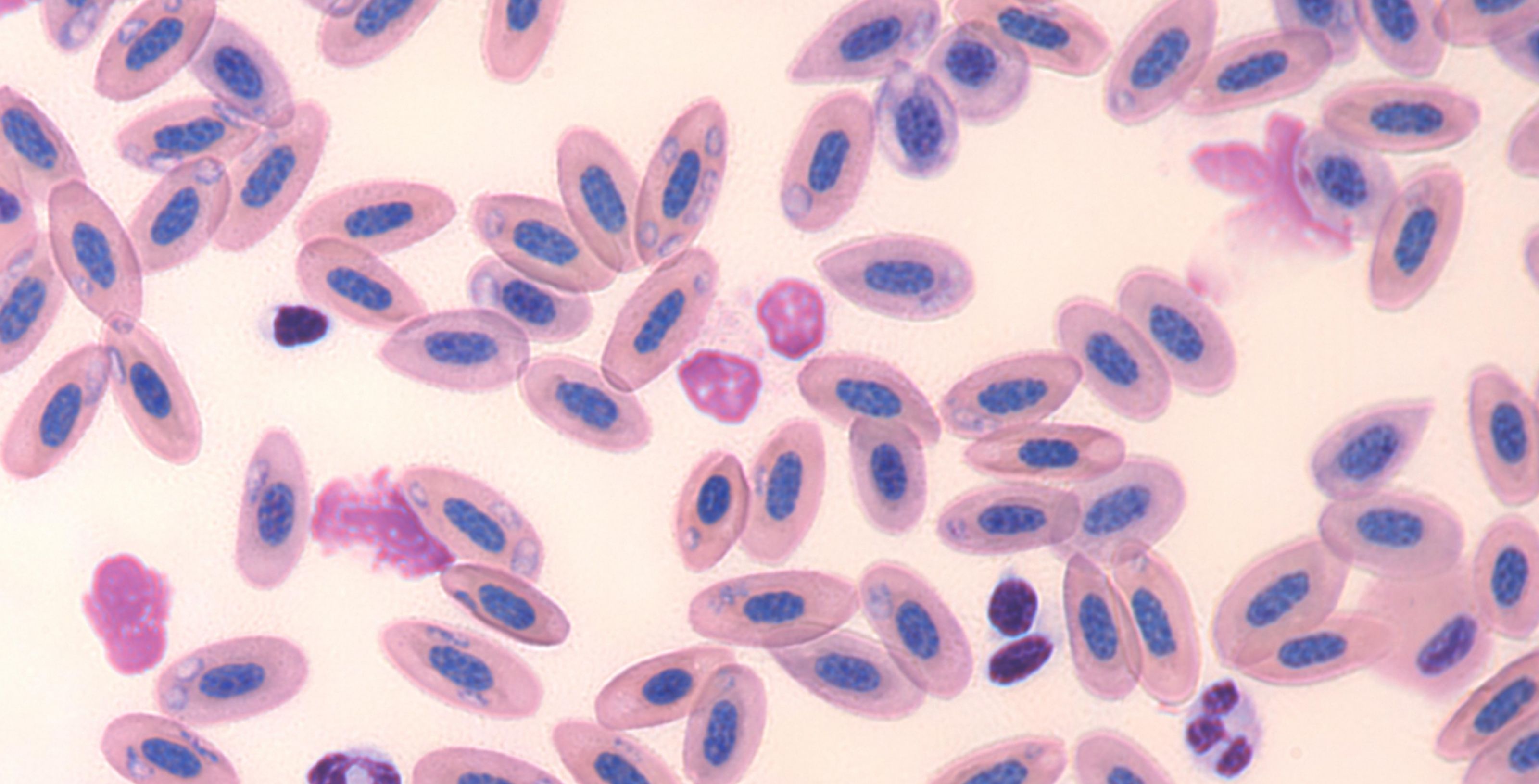 To the tune of Somewhere beyond the Sea as sung by Old Blue Eyes...

Somewhere beyond the sea

A murre waiting for me

The seabird flies in azure skies

If you work with avian species, particularly of the wildlife variety, you are likely very familiar with the more common hemoparasites such as Plasmodium sp or the haemogregarines. But did you know that there are also several reported species of Babesia in our feathered friends?! It’s true!

This month we are featuring a blood smear from a common murre, a large auk that spends its life in the low-Arctic to boreal waters of the North Atlantic and North Pacific oceans. As seen in the accompanying image, approximately 80% of the red blood cells contain anywhere from 1-6 intracellular Babesia sp organisms. In contrast to canine babesial organisms which are traditionally ovoid to pear-shaped rings only, the avian Babesia species are much more pleomorphic, characterized as having both ring and amoeboid forms, as well as fan-shaped or cruciform tetrad schizonts.

Although molecular diagnostics are often necessary for hemoparasite speciation, most avian Babesial organisms are host-specific and Babesia uriae was sequenced from the common murre in 2009 (Yabsley et al., 2009).   To date, an official vector of B. uriae has not been identified, though as in other species, ticks are considered likely. Prevalence of B. uriae in the common murre is reportedly low and while pathogenicity also remains unknown, infection with B. uriae was suspected to have contributed to the death of at least one common murre in the 2009 study. That particular patient presented with dyspnea and its lungs were found to be congested with inflammatory cells, many of which had phagocytized infected RBCs.

It is important to be able to differentiate among Babesia, early gametocytes of Haemoproteus, and trophozoites of Plasmodium sp, especially since Babesial tetrads can look morphologically similar to smaller schizonts of certain Plasmodial species. Distinguishing features of Babesia sp are the absence of pigment granules and the presence of white vacuoles. The good news is that the anti-malarial agent primaquine has recently shown promise as a treatment for Babesia sp infection, which is particularly helpful in cases where it is not possible to distinguish Babesia sp from Plasmodium sp morphologically (Thijl Vanstreels et al., 2019).