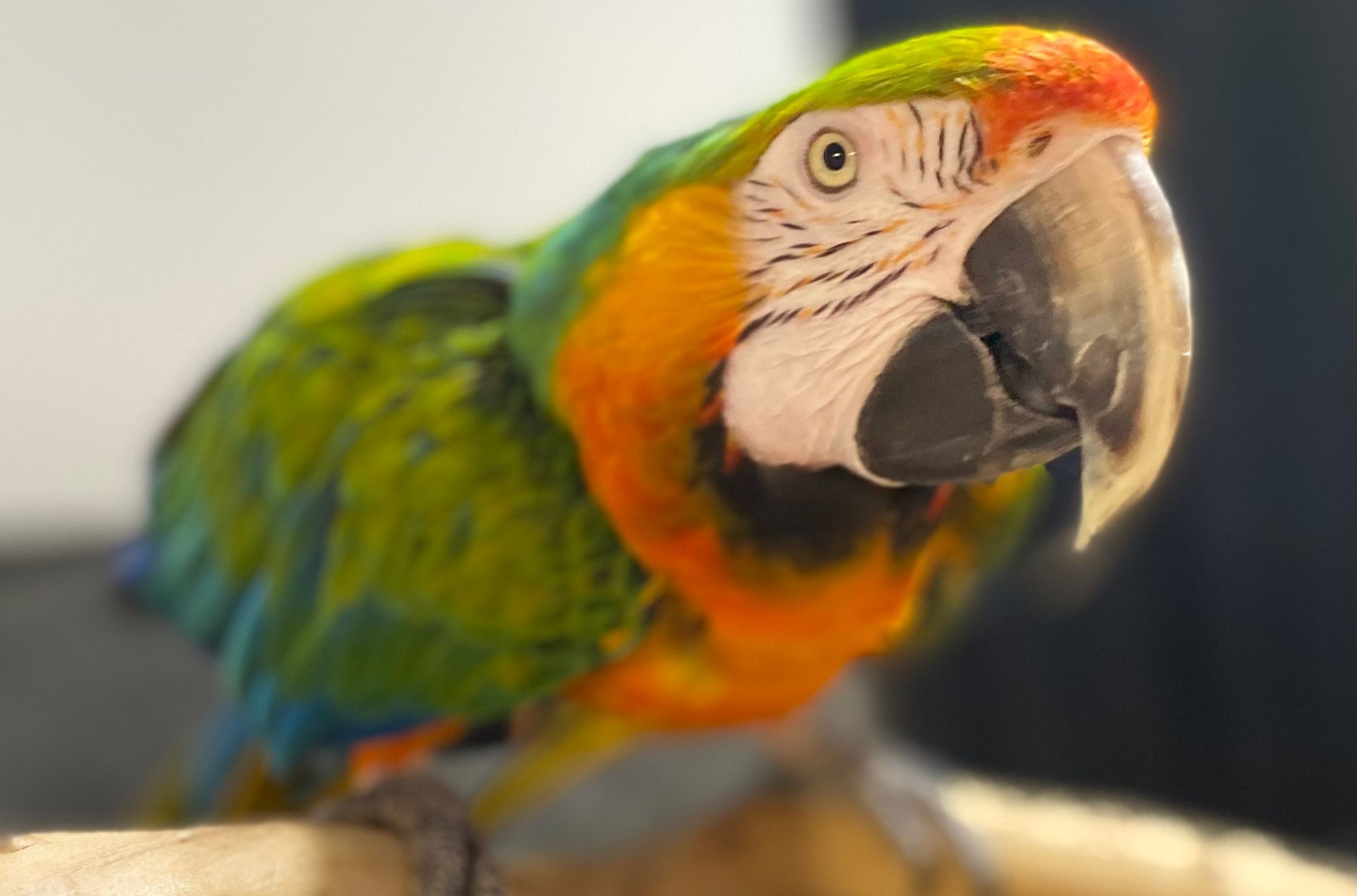 Pappi is a mature adult male hybrid macaw that was presented to a western Michigan avian rescue with a history of inadequate living conditions and poor husbandry. Upon presentation, Pappi was stable and alert, but had a slight left wing droop and was unable to extend her left wing fully for flight. The director of the rescue (Holliday’s Exotic Avian Rescue Team) also noticed a very large, bony swelling in the area of the left carpus.

The heterophilic left shift and monocytosis reported and confirmed by Moichor raised concern for chronic infection of Pappi’s carpal lesion and Pappi was therefore placed on systemic antibiotics, systemic antifungals, and an anti-inflammatory medication. He responded well to therapy and showed good clinical improvement. He continues to do well today at the rescue, 14 months after initial treatment.

It can be challenging as a clinician to determine whether an avian patient’s heterophilia is due to physiologic stress or a disease condition such as systemic inflammation and/or infection, as both may cause an increase in this cell type.

Stress induced heterophilia in birds can occur secondary to secretion of endogenous adrenal hormones. A scenario like Pappi experienced, in which previous living conditions were less than ideal or poor in terms of husbandry and nutrition, may certainly induce a stress leukogram.

Also, the stress of a recent change in living environment (placement from previous home to the rescue) or even a ride in the car to transport to the veterinary hospital for health care  could induce stress. Although stress-induced heterophilia is not typically as robust as seen in this case, a stress leukogram could not be entirely ruled out based solely on the reference lab’s reported CBC results, particularly in light of Pappi’s recent history.

Moichor’s results, on the other hand, indicated the presence of band heterophils. This morphology information provided the clinician with a critical detail about Pappi’s condition. Circulating band heterophils may occur secondary to bacterial septicemia, acute life-threatening chlamydiosis, avian tuberculosis, and systemic fungal infections (e.g., aspergillosis), among other causes.

Monocytosis is induced by similar conditions, in addition to tissue necrosis, and is less common in birds than in mammals as part of a stress response. Therefore, the presence of band heterophils in conjunction with the marked heterophilia and concurrent monocytosis reported by Moichor raised concern for a more  serious infection or inflammatory process, suggesting that systemic treatment was indicated.

In conclusion, Moichor’s analysis of Pappi’s blood sample was key in the clinical management of this case.  Moichor provided detailed information on heterophil changes and a more accurate reporting of other cell lines than the national lab used for comparison, which was crucial for interpretation of the CBC.

Without this information, the severity of the inflammation/infection may not have been appreciated and could have impacted treatment decisions negatively.  Results provided by Moichor directly influenced the positive outcome of this case!