Are 100 Cells Enough? Why Moichor Looks at 5X More Cells 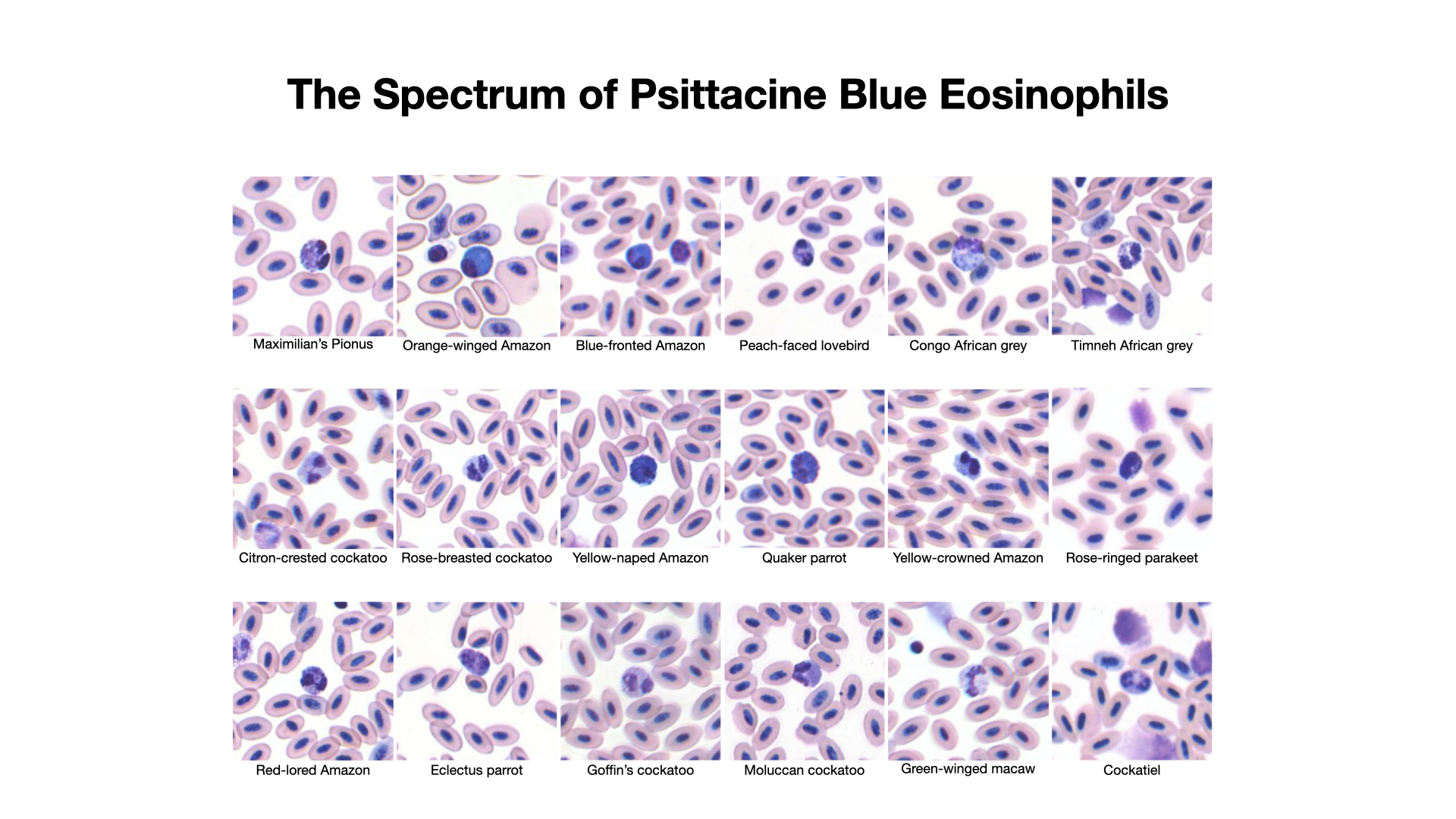 The 100 cell differential count has been a great hematologic tool for the past 347 years (but perhaps really only becoming common practice in humans for the last 115 years). It’s accurate enough to enable techs and pathologists to process a relatively large volume of avian and exotics samples without sacrificing too much time in the absence of automation.

But why 100 cells? Is it because it makes it easier to calculate a percentage? Or because the 100 cell differential originated for human medicine and that’s a sufficient number for mammals? Or maybe it’s because 100 is just such a tidy, lovable base-ten kind of number.

Enter Moichor and its avian and reptile CBC automation and we find ourselves asking how many cells do we actually need to look at to get a truly actionable amount of data?

When it comes to manual reads, the goal is no doubt accuracy, but the primary limitation, according to Moichor Director of Pathology Kyle Webb, DVM, DACVP, is time.

“If I had unlimited time for an avian or a reptile, I would probably spend 30 minutes on a healthy patient and 45 minutes to an hour on an ill patient to make sure I was being really accurate,” Dr Webb said.

“But that would be in an ideal world. As it is now, on average I spend 10-15 minutes total on a well patient blood smear, and about 30 minutes just doing a manual differential alone on a sick one,” Dr Webb said.

For clinicians, getting reliable data from a 100 cell differential so that they can draw clear conclusions, can be a major pain point due to the limited number of cells counted. This can restrict the ability of the clinician to make data-backed treatment decisions.

For Moichor Chief Technology Officer Thanh Le, the goal of automation is to remove time as a variable in processing CBCs so that clinicians receive sufficient, accurate data to make informed decisions — making the data reliable.

“Our imaging and software save a lot of time,” Le said. “It takes under two minutes to image 300 to 500 cells in a consistently reproducible way,” Le said. “We’re counting more cells and looking at a larger area of cells within the monolayer.”

Moichor arrived at the 300 to 500 cell count based on a study (that will be presented at ExoticsCon in August 2021) that identified the requisite number of cells and fields of view to minimize the technical variability.

A feature of the larger area of image capture is that it accounts for the variable distribution of white blood cells within a single sample. By capturing a larger imaged area, it’s able to achieve higher precision in the white blood cell count.

“If you manually count in a spot that happens to have five white blood cells hanging out together, it’s going to give you a false impression of an increased white blood cell count,” Dr Webb said. “But if you expand the area and see that that’s the only area where there are five white blood cells in one field and every other field has only zero to one, now you can look at that whole area via image capture and you are way more accurate than a pair of eyeballs on a slide with the variable cell distribution.”

Le likes to think about how Moichor is using this data to create capabilities beyond what’s currently possible with the 100 cell differential for avian and reptiles. “We’re treating these images as if they are part of a broader set of variables that are not only instrumental but also foundational as we start to think about more complex and traditionally more subjective evaluation — such as cell morphology,” Le said.

Dr Webb said: “From a morphological perspective, being able to identify some of these rarer cells enables us to identify things like emerging Leukemia, where we find the one cancerous cell that we might not have otherwise seen, and now we know to tip off the clinician so they can image the bird to look for a mass, for example. In cases like this, it becomes extremely useful to see more cells. Being able to find those rare cells and point a clinician in a specific direction is really amazing.”

At an imaging level, the features that drive Moichor’s accuracy are two-fold.

Le believes this data will enable clinicians in several ways. “One reason why the concentration of rare cell types is so difficult to apply in a clinical context is that, to date, doctors have suffered from chronic insufficient information,” Le said. “They are used to seeing ‘zero’ on the report for monophils, basophils, and eosinophils. Since the concentration of these cells is so low, it has been difficult to establish a reference range using a 100 cell differential.”

“But, since we’re looking at a much larger cell volume on the slide, we’re able to provide deeper insights with cases where, for example, there might be a dearth of cells to count as in leukopenic cases,” Le said.

Dr Webb is excited by the speed in which Moichor is building this large data set and what it will make possible. “The fact that we’re amassing all these common bird and reptile species at a high rate and imaging them quickly means we have more data than I’ve been exposed to in my entire career as a specialist in exotic species. And we’ve done that in two months,” Dr Webb said.

“I believe we will soon be able to establish reference intervals for every single cell type, but it’s especially intriguing that we’ll be able to do it for low concentration cells because that has long term implications — at this point, we don’t yet know what to do with cell counts in lower concentrations but if we can establish those reference intervals and know that it’s out of range even at a low concentration, we can start to match that with the clinical picture.”

Are 100 Cells Enough? Why Moichor Looks at 5X More Cells

The 100 cell differential count has been a great hematologic tool for the past 347 years (but perhaps really only becoming common practice in humans for the last 115 years).